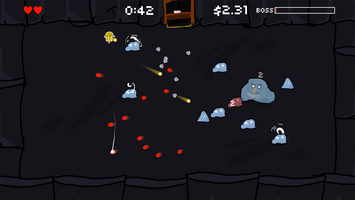 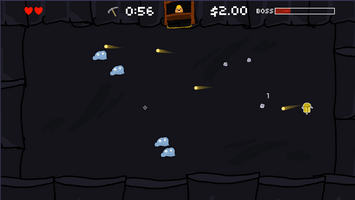 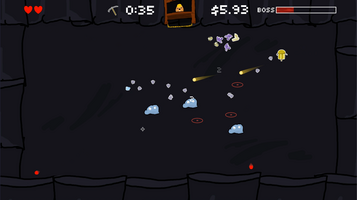 Hi all! Pleased to announce that after two months of working on Extreme Mining, it's ready for a public beta release! There is still a lot more features and variety to add to the game, but I consider it at a point where I can begin to share it with a wider audience.

This build is largely thanks to a public playtest at GLITCH.MN a few days ago. I received an overwhelming amount of feedback for the game which helped nudge it into the state it currently is in.

There have been a lot of balance and flow changes to the game, and there will likely be much more over the next few updates to smooth out the game's escalation. But it feels like an actual game now and I can be proud of that :)

Having said that, if you enjoy the game, please share it with your friends! If you download it for free now, you'll get the final public release for free too :D

Planned for Next Week

Extract valuable materials from sentient rocks by mining them with guns.